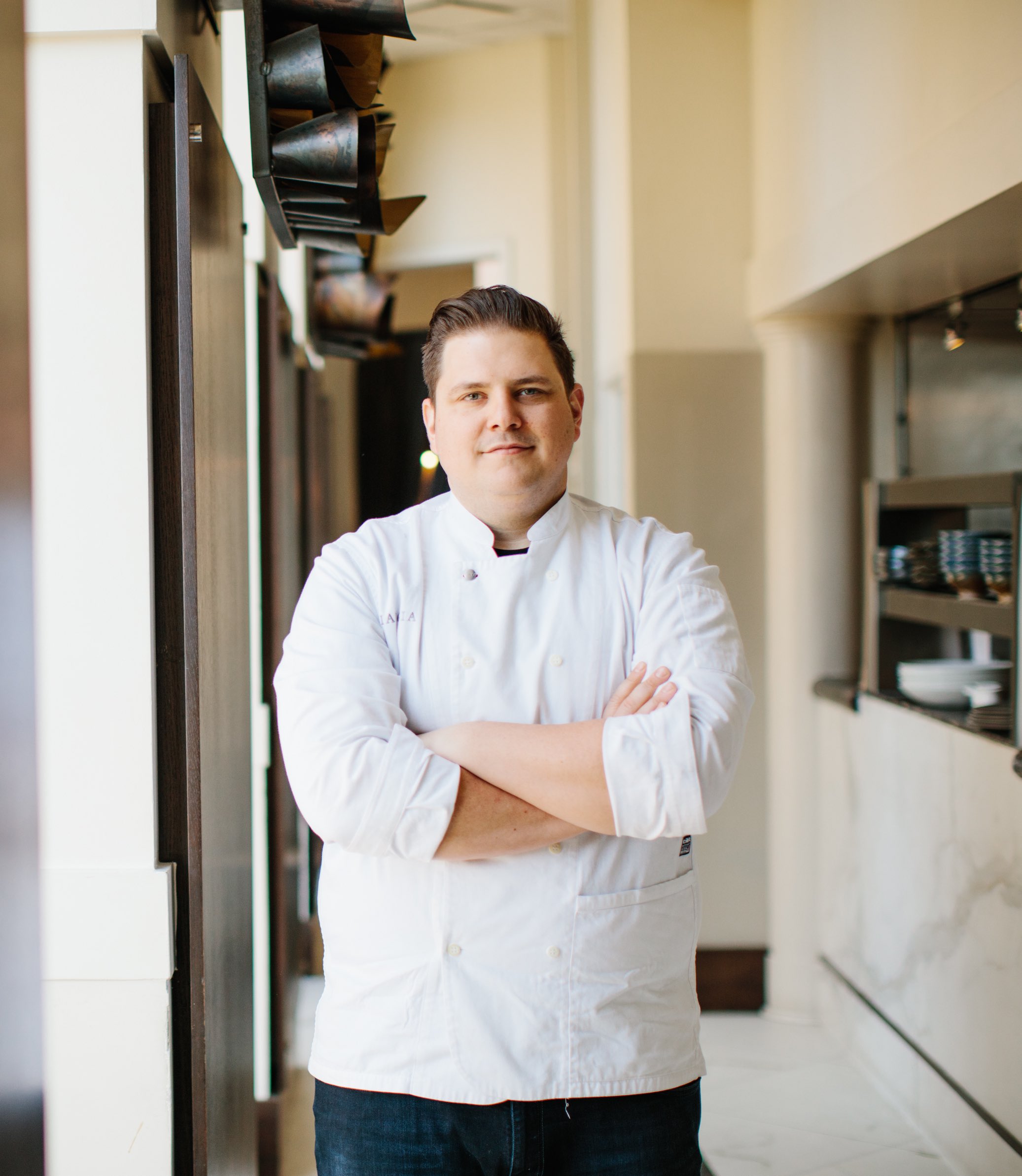 Joe Flamm is Executive Chef of Chicago’s Michelin-starred Spiaggia and Café Spiaggia. Working alongside Chef/Partner Tony Mantuano, Chef Joe showcases his Midwestern and Italian heritages through Spiaggia’s tasting, bar and a la carte menus. The menus rotate seasonally and regionally and are inspired by Chef Tony and Joe’s travels throughout Italy. Growing up in a large Italian family on Chicago’s south side, Chef Joe fell in love with cooking at an early age while spending time in the kitchen with his Grandma Mary making homemade pasta, ravioli and pizza. It was this passion that led him to the Le Cordon Bleu of Culinary Arts, where he received his associate degree. Prior to joining the Spiaggia team, Chef Joe worked alongside some of Chicago’s most prestigious chefs, including Stephanie Izard at Girl and the Goat, Art Smith at Table Fifty-Two, and Bill Kim at bellyQ and Urbanbelly. Chef Joe has also staged in some of Italy’s best kitchens including Glass Hostaria in Rome and Del Pescatore in Mantova, and cooked for presidents, celebrities, the James Beard Foundation and more. In his spare time, Chef Joe enjoys spending time with his wife and trying new restaurants. He is involved with Pilot Light, a Chicago charity which helps children make healthier choices by connecting the lessons they learn in the classrooms to the foods they eat on their lunch trays and beyond.

This dinner represents what happens when two chef’s come together and collaborate a menu that speaks to their culinary experiences.

Thanks to our exclusive sponsor for supporting this event