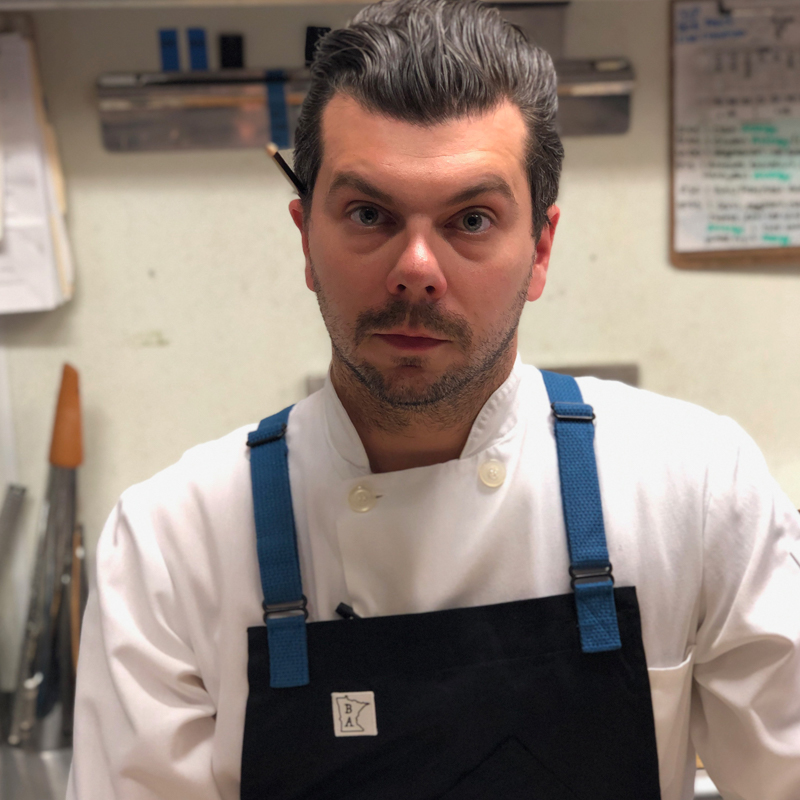 Eddie was born and raised in Philadelphia where he attended Mercy Vocational High School and studied culinary arts. He realized at a young age that being in the kitchen made him feel like he was finally a part of something. After he graduated, Eddie attended Johnson & Wales University in Rhode Island. Eddie has worked in many influential restaurants in New England and across the Mid-Atlantic including Del Posto in New York City, Le Bec Fin and Laurel back home in Philadelphia. With training in Italian and French techniques, Eddie focuses on refined, ingredient driven cuisine. He has always strived to improve his own skills as well as provide an educational environment for his fellow chefs and employees. His focus on creating experiences for his guests is always at the core of his culinary work.

This dinner represents what happens when two chef’s come together and collaborate a menu that speaks to their culinary experiences.

*We will be doing a different format for this dinner. Reservations need to be made to attend the event. Make sure to book early to get the time slot you want.